All new customers qualify for a 100% bonus abonuscode.co.uk £200 Initial Deposit Bonus on bet365 plus £50 Mobile Promo

“Why has the character of King Arthur been so successful over the centuries? The answer can be found in the aura of mystery surrounding his figure. Indeed, there are no certainties about him. We do not know when he was born and where his kindgom was. In order to solve the mystery, it would thus be of great help to identify “the tribe that created his myth”. Could it have been the Veneti? Although the Veneti were a very ancient and fascinating people who were scattered in various areas of Europe, they have oft been studied only by restricted groups of experts. It is now hightime to spread this knowledge among a more general audience of history lovers. This volume thus sets out to offer an innovative study on the Veneti  of the Atlantic and Baltic areas through a comprehensive analysis of historical, archaeological and mythological aspects. Authoritative international sources have been incorporated to guide the reader toward an intriguing reinterpretation of the ancient Veneti which reveals unsuspected aspects of a far-gone world, which was so different from ours. What emerges is a forgotten heritage that culturally links distant areas of Europe.” 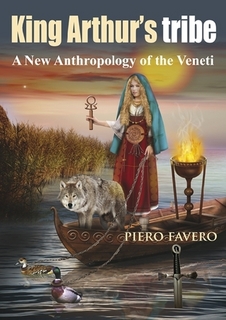